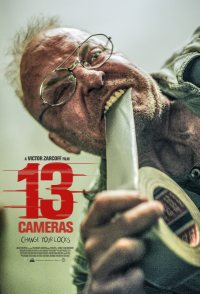 Plot of the first movie: Expecting their first child, newlyweds, Ryan and Claire, can't wait to settle in their new home, even though their unkempt and monosyllabic new landlord, Gerald, is a downright creepy recluse who lives nearby. However, what the unsuspecting couple don't realise, is that the taciturn overseer has already rigged their new nest with undetectable cameras and a closed-circuit surveillance system to watch their every move. Inevitably, as the repulsive Gerald keeps himself glued to his monitors to watch his private Big Brother show, no secrets are safe--including those between the couple. Is there a way to expose the slumlord's obsession?