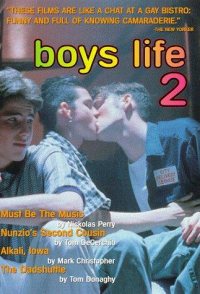 Plot of the first movie: Compilation of four short films about homoerotic situations involving young men. Tom DeCerchio directed "Nunzio's Second Cousin", telling the story of a gay cop who forces a gay-basher to come to his house and have dinner with his family. In "Alkali, Iowa", by Mark Christopher, a young gay man finds out some of his father's past secrets. And "Must Be the Music", by Nickolas Perry, follows four teenagers looking for love in nightclubs.