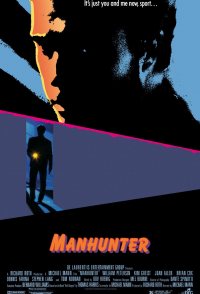 Plot of the first movie: Will Graham (William Petersen) is a former F.B.I. Agent who recently retired to Florida with his wife Molly (Kim Greist) and their young son, Kevin (David Seaman). Graham was a "profiler", one who profiles criminal's behavior and tries to put his mind into the minds of criminals to examine their thoughts while visiting crime scenes. Will is called out of his self-imposed retirement at the request of his former boss Jack Crawford (Dennis Farina) to help the F.B.I. catch an elusive serial killer, known to the press as the "Tooth Fairy" (Tom Noonan), who randomly kills whole families in their houses during nights of the full moon and leaves bite marks on his victims. To try to search for clues to get into the mind of the killer, Will has occasional meetings with Dr. Hannibal Lecktor (Brian Cox), a charismatic, but very dangerous imprisoned serial killer that Will captured years earlier which nearly drove him insane from the horrific encounter that nearly cost Will's life. With some help ...