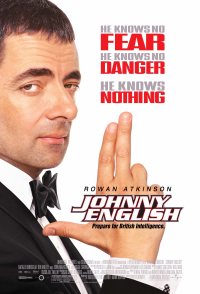 Plot of the first movie: When a funeral of a British spy is attacked, all of the remaining spies are killed. Only one spy is left and is now Britain's last hope. Johnny English and his sidekick, Bough have been assigned the case of investigating the theft of the British Crown Jewels. The prime suspect is a mysterious French entrepreneur, known as Pascal Sauvage. English and Bough soon find out the horrifying truth behind the theft and Sauvage, but it's not going to be an easy job to bring him to justice.