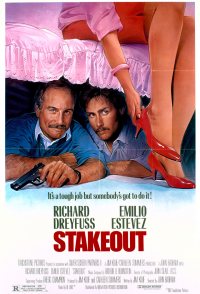 Plot of the first movie: The film opens with a daring escape of a convict imprisoned for killing an FBI agent, then moves on to two Seattle detectives chasing a suspect who gets away, destroying a forklift in the process, these two detectives are reassigned to a stakeout, watching the girlfriend of the escaped federal prisoner. One falls in love with her, the escaped convict eventually catches up to her, with them actually, and in the midst of their getaway, the escaped convict learns that his woman's man is a cop, but the two detectives kill him, saving the day.