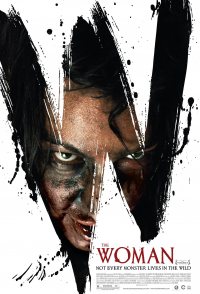 Plot of the first movie: Raised by wolves, the vulnerable last survivor of a cannibalistic tribe bathes wounded in a river somewhere in the lush woods of North-east Coast, where she used to roam free. In the eyes of the misogynistic lawyer, Chris, the naked beast-like savage seems to be the perfect trophy for his home; however, is there a place for a feral, flesh-eating primitive among civilised people? In the following days--bent on domesticating the untamed female by breaking her will--the sadistic man will make the woman his project, as Chris' dysfunctional family struggles to keep the proud predator in captivity. Although, pretty soon, no restraints, no training--and, certainly, no male supremacy--will be no match for the raging woman's raw and merciless retaliation. Can they escape from the monster's fury?