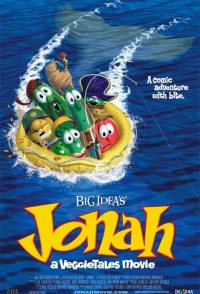 Plot of the first movie: When the singing Veggies encounter some car trouble, they're stranded at old, rundown seafood joint where nothing is quite as it seems. As Bob the Tomato and the kids settle in to wait for a tow truck to help get their van back on the road, the "Pirates Who Don't Do Anything" share a little story about a guy named Jonah. Jonah was kind of like a mailman except his messages came straight from God. Jonah loves his job, until the day comes when he has to deliver a message to the people of Nineveh. Instead of carrying out his mission, Jonah turns and sets sail in the opposite direction onboard a pirate ship. Soon Jonah embarks on an adventure that leads him into the belly of a whale, and to the heart of Nineveh for a hilarious showdown.