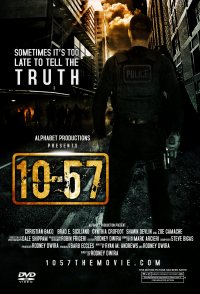 Kato Sait is a petty criminal who has been in and out of the prison system since adolescence. He's always been in the wrong place at the wrong time. Picked up by immigration while attempting to flee across the Canada/US border, intelligence officer Margaret Camara gives Kato a chance to tell his side of the story before local law enforcement arrive. Trying to turn his life around by staying out of trouble, Kato is approached by Ray Unic a disgraced cop willing to do anything to get what he wants. Ray promises Kato a hefty reward scoring him enough cash to get out of the life of crime and giving him a chance to provide for his new born son. Desperate to reconnect with his ex-partner and former lover the deranged Ray Unic, feeling betrayed by the system he once believed in, decides to plot a kidnap for ransom knowing his ex-partner Jane Scott would be put on the case. When evidence implicates him in the kidnap of a young teen aged girl, Ray is forced to go up against a cop culture he's ...