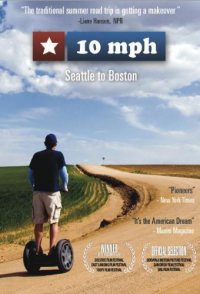 Two guys quit stodgy corporate jobs, scrounged up all the savings they could, collected credit cards, and stepped - or better yet - scooted forward to follow their biggest dream: to become filmmakers. Josh Caldwell rode a Segway from Seattle to Boston, while his buddy Hunter Weeks directed a film they both shot about the experience and about the moments leading up to this crazy twist on the American road trip. From cubicle farms to the open road, the film will chronicle how these guys ultimately changed their lives forever. They did what so many of us have always wanted to do - gave it all up for the passion inside.