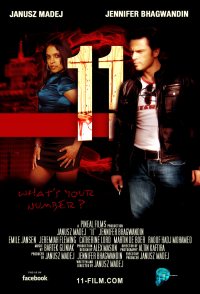 Michael Aiuto, a former US Marine is awakened by a single drop of water. It's 11 AM. He is in a bed in a 5 star hotel room in Amsterdam, however his girlfriend is nowhere to be found. He is a veteran of combat from Iraq and Afghanistan. It's his 27th birthday. He takes a shower and has a chat with the house keeper which did not see his girlfriend. He is informed that in the room directly above his someone committed suicide. He decides to go around town to the places where they used to hang out together. A mysterious note sends him in search of her, on a journey through the shady streets of Amsterdam, visiting the bar he had a scuffle with four Moroccan men the night before. He thinks that they might have something to do with her disappearance. The bartender as an option gives him a phone number of a weapons dealer just in case if Michael wanted to feel more safe. He decides to visit the Police Station, where he is informed by Inspector Van Dijk that unless the person is missing for 24...

The Place Beyond the Pines
Total votes: 241,747
Average rating: 7.3
Switch to mobile version