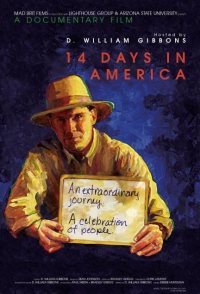 Fourteen Days in America 2004 represents the first in a series of projects capturing the hearts and minds of people from around the world. Its objectives utilize the dynamics of the visual arts to provide grassroots information about people and the places they choose to live in. Fine art still portraits together with a blend of film documentary capture information we gather, in order to build a historical archive of photographs and film footage. The latter includes selected short interviews accompanied with footage produced in and around each venue. The progression with which each venue is treated and represented will be available for generations to come.