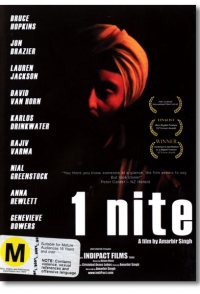 From dusk til' dawn on K Road captures the woozy horror of a best-forgotten night out. The filmmakers roam the bars, takeaways and brothels, encountering several night-lifers, none of whom turns out to be what they first appear or pretend to be. The most fully explored character, an amiable young Sikh taxi driver, begins the film expressing his optimistic view of the opportunities New Zealand provides. He spends the rest of the night demonstrating just how wishful those views are. His excursion away from the strip, to a home in the suburbs, is the film's most original foray into pseudo-documentary revelation. Meanwhile two old mates get together for a drink and a few rounds of pool. As the beers flow they peel back layers of betrayal, hostility and sexual one-upmanship. A woman in the bar mistakes the intensity of their interaction for enviable closeness and sidles up. A good Samaritan, recovering from a recent break-up, offers to help out a crippled and bitter ex-cop. A prostitute's ...