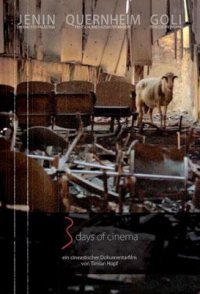 Three places which could not be more different from each other. Cinema Jenin is a failed peace-project in Palestine, designed as an escape from everyday life in an omnipresent conflict, defeated by the barriers in the streets and minds. Lichtburg Quernheim in the smallest German cinema town is both a cineastic palace of dreams and a rustic village pub. The cinema on the Croatian island of Goli Otok is a ruin with a bloody past. Tito's former concentration and reeducation camp, today a memorial site visited by sheep and Beach Bound tourists.