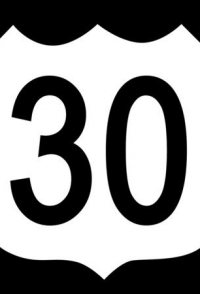 Hal is a bitter, jaded bartender whose life at the age of thirty isn't anything like he'd hoped it would be. After he spends his thirtieth birthday being dumped by his girlfriend and slinging drinks for thankless customers, he decides to try his luck in Atlantic City. Hal's gamble pays off, so he continues to let fate be his guide as he spots Route 30 on his way out of town and follows it on a whim. Little does he know that Route 30 will take him clear across the continent, and as he meets new people, sees new places, and experiences new things, he begins visualizing his purpose and enjoying what life has to offer.