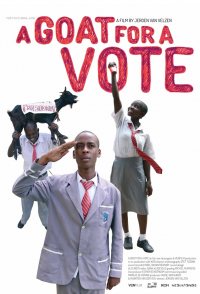 The best way to understand our society is to look at one's children. Three students in Kenya compete to become the next school president. Winning the election not only gives them the possibility for power and respect, but guarantees them a future in Kenyan society. Magdalene, has to prove herself in a boy dominated school which has never been led by a girl. She has the impossible task to unite all girls in her fight for equal rights. Harry, from a poor family, hopes to win so he can take care of his family in the future. He struggles against the popular Said who is a natural born leader with a disarming smile.