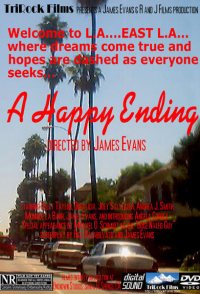 This compassionate 'comedy of errors' follows Ana Maria Rosales' adventure of leaving her homeland of Mexico and coming to the United States, the 'land of opportunity'. Her dream is to secure a well-paying job in a chiropractor's office, but first she must get a job to help her cousin pay the rent. Having experience in therapeutic massage for a doctor's office in Mexico, she innocently lands a job at a massage parlor. Ana's world quickly turns upside-down when she gets confused what the term 'A Happy Ending' means. Ana quickly encounters good guys, bad guys and the English language.