A Journey Into the Holocaust ratings (Movie, 2014) 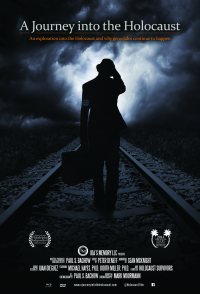 A Journey Into The Holocaust is a detailed and deeply personal exploration into genocide and how something this atrocious happened, and continues to happen again and again - even in modern times. First-time filmmaker, Paul Bachow, travels around the world and taps into a vast knowledge base of historians, psychology practitioners, and data derived from countless interviews with experts from around the world. Facts are corroborated and weaved together with first-hand accounts of Holocaust survivors. With 35 US states mandating (or having pending legislation to mandate) Holocaust education, Bachow's goal is that this film becomes an educational tool in schools for generations to come. A Journey Into the Holocaust is a documentary film about the Holocaust like no other.