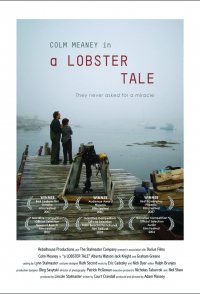 Cody Brewer, a quiet New England fisherman isn't doing too well for himself. His wife feels neglected, and his son keeps getting picked on by the school bully. While out collecting his lobster traps one day, Cody finds a strange green moss that holds magical powers. Once word gets out about the magical moss, the entire town suddenly becomes Cody's best friend, all hoping to get a piece of it. With the townspeople clamoring for some moss and the already delicate state of the Brewer family, Cody has a tough time figuring out exactly what to do.

The Chronicles of Narnia: The Lion, the Witch and the Wardrobe
Total votes: 361,080
Average rating: 6.9