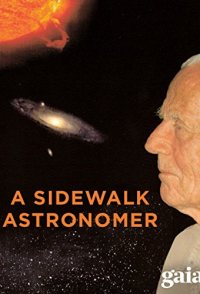 John Dobson, an 89 year old with a white ponytail and knack for comedy, is the inventor of the Dobsonian telescope mount, which revolutionized astronomy by making large, inexpensive telescopes and deep space observing available to amateur astronomers around the world. A former Vedantan monk, he is a co-founder of Sidewalk Astronomers, an organization that encourages amateurs to share their telescopes and knowledge with the public. The film follows John as he tours the country, giving cosmology, astronomy, and telescope-making classes and features sequences on the Moon, sun, planets, galaxies, Big Bang Theory, and the nature of time and space. Illustrating our journey is actual footage and deep space photography shot from satellites, spacecraft, and the Hubble telescope Space-Telescope Institute.