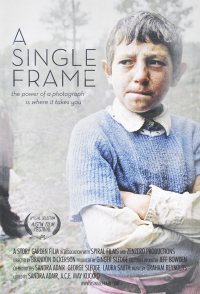 While on a trip in Dubrovnik, Jeff Bowden is emotionally affected by a photograph of a distressed boy taken during the 1998 Balkan conflict. The image, taken by French photojournalist Alexandra Boulat, was part of an exhibit in Kosovo. Driven by the haunting image and the fact Boulat died soon after first seeing the photo, Bowden sets out to learn more about the story behind the photo by meeting those who knew Boulat best. His obsession leads him to Kosovo where he hires a war fixer to help find out what happened to the refugee boy. The journey of A SINGLE FRAME weaves an exploration of the impact of photography from both sides of the shutter. The fascinating post-war culture of Kosovo serves as backdrop.