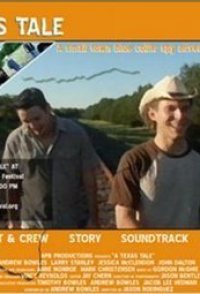 A Texas Tale is kind of a blue collar spy movie with characters that are based on the stereotypical way people of the world imagine Texans. The story is of the personal life of Johnny Roads a newly famous good olé boy who rescued a young boy from the line of fire in a hideous assignation of a DEA informant. The story starts off with him and his best friend Daniel Days having a falling out. The story skips to a month later as they begin to put their differences in the past. Through their conversation of catching up on all the events that have happened to each of them since they last spoke fills us in on the back story. At the same time the present is running its course. Through out the story you are introduced to Johnny's and Daniel's friendship, life, and history. You find that Johnny has found a way to work as a type of government operative. As the story progresses you learn that nothing is what it seems in Johnny's world and that things come full circle in a small town. Honestly to ...