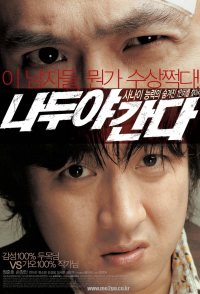 Dong-hwa is a complete loser, whose first novel called 'I met Kafka' brought the publishing company bankruptcy. To bring home the bacon, he tries to drive a taxi but only ends up running over someone. One day Dong-hwa is offered a job to do ghostwriting for a CEO named Man-chul, who turns out to be the ringleader of the biggest criminal syndicate in Korea. Dong-hwa soon finds himself perfectly at ease in the mob, while Man-chul starts learning about the other part of the world.