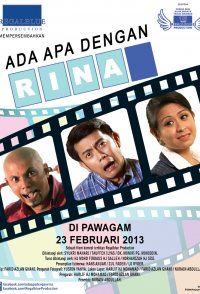 Hakim is 30 years old, a handsome man with a high paying job is still looking for his one truelove . His housemate, Faisal introduces to him a theory for searching for a perfect significant other. According to it, the perfect person goes by the name Rina. Ironically, Rina is a new marketing manager, beautiful, smart woman whose exceptional beauty has won the hearts of her colleagues, including Hakim. Hakim and Rina get closer to each other day. Hakim's mother and friend start pushing him to marry Rina. Looking at Rina's respond to him, he finally decides to propose to Rina. Will she say yes?