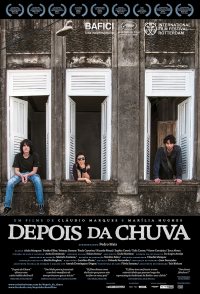 1984, Salvador, Bahia, Brazil. It all starts with a feeling that anything is possible. After twenty years of dictatorship, the population goes out onto the streets to demand presidential elections. The emerging political process has given them a new sense of freedom. Caio, a free-thinking teenager, is struggling against authority both at home and at school. The year will be a very special one for him and his fellow anarchists; especially for him, since he's just met Fernanda, his first love. It's a transitional year for the young: a time of learning and growing up. But life isn't always good, and fate has surprises in store, for both the country and for Caio.