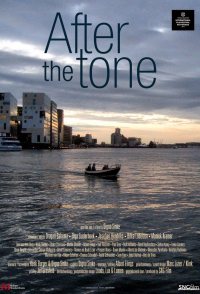 We hear voice-mail messages, recorded on the mobile phone of a certain Onno. We see images of different places, varying from a business park to a palm beach in the Pacific. On the day that Onno is announced to have won an important prize, he is untraceable. He doesn't return anybody's calls left on his voice-mail. His associate Adriaan is waiting for him with an important Japanese business relation, his girlfriend Saskia wants to meet up in the evening, his sister Annet reminds him of his father's birthday, his mother asks him to bring a cake. Gradually it becomes apparent that Onno has disappeared, and no one knows where and why. Who was Onno actually for him to suddenly disappear? Did friends and family overlook that he wasn't all right? Did they even have real contact with him? We follow a year's worth of messages: an emotional roller coaster of anger, denial, despair and eventually resignation wherein all these people find themselves. At the end, only Onno's girlfriend Saskia is ...