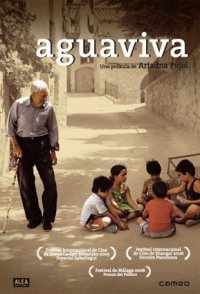 Aguaviva, a small town in Teruel, has been losing population. In order to put an end to this, its mayor made an international call to families willing to emigrate and settle themselves in the town, in exchange for work and a residence. With this starting point, the film brings together the existences of the newly-arrived immigrants and of the rural community that welcomes them. "Aguaviva" fuses the tensions that come about when two groups, who willingly integrate themselves, come to live together. The film goes into how the new inhabitants assimilate the process of integration and how the locals perceive the arrival of foreigners with different ways of seeing and experiencing life. During the course of the year, the passing of the seasons marks the development of the main characters, who are going to become involved in a psychological mesh that affects a human landscape that had been unbreachable until then.