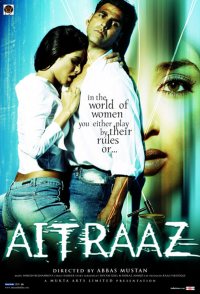 Successful businessman Raj Malhotra (Akshay Kumar) has everything going for him, including a lovely wife (Kareena Kapoor). Just when he thinks things can't get any better, Sonia (Priyanka Chopra) - his ex-girlfriend, now the boss's wife - walks back into his life - and she wants Raj. After he rejects her sexual advances, she accuses him of rape. But he soon turns the tables on Sonia and sues her for sexual harassment along with the help of his wife Priya.