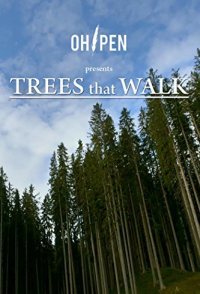 Trees that walk is a documentary based on an idea of the Italian writer Erri De Luca and it was filmed in Trentino and Puglia, Italy. This documentary wants to recount the life of the trees and their deep relationship with people that every day work hard to give to the wood a second life. What happens in this second life of the wood, when it becomes boats for sailing and musical instruments for playing... The trees is the opposite of movement: it dies where it's born. But there exists a second life that starts as soon as its saps stop flowing inside its vessels: forests became fleets that explored the world's geography while writing the Romance of the Earth.