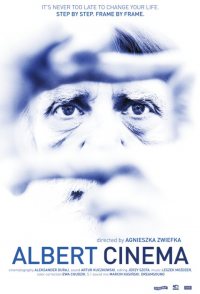 Homeless men living in the shelter are shooting fiction films, in which they are the actors, directors and cinematographers. They have named their bizarre film production company Albert Cinema. Now their films have official premieres with red carpets and alcohol-free champagne. For homeless filmmakers these moments are more important than Oscar ceremonies, especially when they see their families for the first time after years. And sometimes miracles happen. We follow Leszek, a very talented actor, as he tries to reunite with his son whom he hadn't seen in 28 years. After years of living on the streets and being an alcohol addict now he wants to make up for the lost years and invites his son to the premiere of Albert Cinema's newest production.