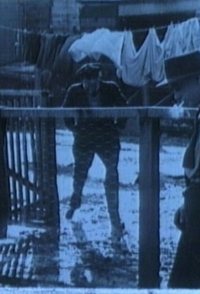 Rose Fay one day is riding in a railroad parlor car and suffers an insult by a fellow passenger, from whose brutality she is defended and saved by a handsome young stranger, who, assured that she will not be further molested, disappears from the scene. But Rose has fallen in love with her savior, and her love does not diminish by the lapse of three years. One day she is visiting Sing Sing in company of her father, the Lieutenant Governor of the State, and among the convicts she recognizes her deliverer in the person of Lee Randall alias Jimmy Valentine, who is suffering imprisonment for a crime of which he so vehemently and convincingly pleads his ignorance that the Lieutenant Governor secures his release. He is given a chance of retrieving his reputation; his appointment to a position in a bank of which Mr. Lane is president is the means. He goes straight. His old associates are after him, but he wards them off. The detectives try to pounce on him for offenses of which he may be ...

Fantômas: In the Shadow of the Guillotine
Total votes: 1,948
Average rating: 7.0