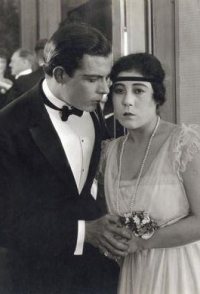 Young Yuri Chan attends school in the United States, believes that she is very wealthy when in fact she has been supported by Sakata, a Japanese importer, since the death of her father. Although Yuri Chan is to marry Sakata upon her graduation, the young woman longs to enter American society, and to that end, she becomes involved with Aleck Lindsay, a society idler attracted only to her fortune. Despite Sakata's efforts to win Yuri Chan's heart, she decides to elope with Aleck, but Sakata catches them and tells the American the source of the girl's wealth. The fortune hunter immediately abandons Yuri Chan, and in disgrace, she tries to commit suicide, the gun misfires and she faints. Yuri Chan awakens in Sakata's arms, and she gratefully accedes to the wishes of her loving benefactor.