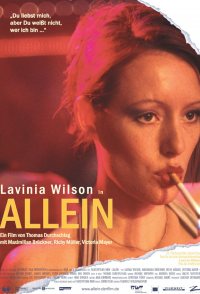 Maria is a student at the university of Essen, Germany, living and working in a gray, unpleasant, and anonymous environment. While she has little problem finding someone for a one night stand, she rebuffs her lovers in such a rude way that they actually don't know what's going on. But what seems to be a negative attitude at first glance is in fact much worse: Maria is suffering from borderline syndrome, a serious psychotic disease that makes her fail to develop a continuous, reliable personality, from her own perspective as well as from the perspective of those she meets. Then one day, she bumps into Jan, a student who falls in love with her without delay. He's awaiting a hard time when he has to learn how hard it is to stay loyal and faithful to a person who, in her own words, "has a different world inside of her head" and who feels that "there is something inside of me that eats me up."