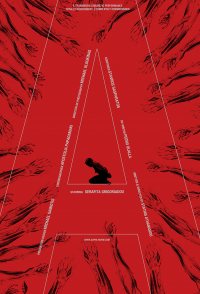 In a not-so-far-away future, Alpha, a conforming bourgeois woman, refuses to provide shelter to a mysterious Fugitive, for fear of putting her controlled life in danger. The Fugitive is captured and Alpha arrested and taken to the Forest, where the authorities throw the castaways and the condemned. She is put in a chair under the hanged body of the Fugitive until the authorities decide she has been punished enough. The Fugitive is her brother. She hates him.