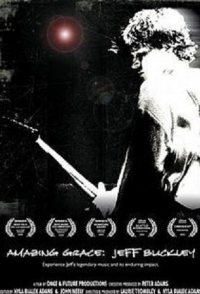 In Europe, they speak of him in holy whispers. In America, he's a mysterious footnote. Poised for huge commercial success, Jeff Buckley's untimely death kept him on the periphery of popular music. "Amazing Grace: Jeff Buckley", a passionately crafted documentary, sets out to investigate the extraordinary phenomenon of Jeff Buckley, a deceased musician of modest commercial success, with only one full-length album, who has become a veritable tour de force of inspiration for artists across the globe. Interviews include all four of the Jeff Buckley Band members, friends, family, colleagues, critics, DJ's, producers, and fans. From Sydney, New York, and London to Memphis, Montpelier, and Los Angeles, the film takes viewers on an expansive yet incredibly intimate trip through the world of Jeff Buckley, and explores how he continues to inspire his fans - from classical composers to rock n' roll superstars and everyone in-between.

The King of Kong: A Fistful of Quarters
Total votes: 34,512
Average rating: 8.1
Switch to mobile version