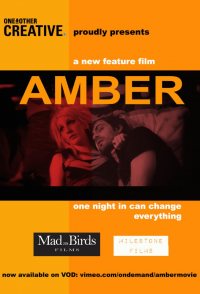 Amber, Matt and Sabina's plans to celebrate graduation are thwarted by the arrival of Amber's recently-signed rock star ex Gary and Amber's current squeeze Pete, who's semi-celebrating the publication of his first vampire novel. Add Sabina's hatred of everyone, Matt's crush on Gary's mysterious new girlfriend, Amber's gradual implosion and tons of alcohol, shake vigorously and place bets on whether they'll actually get out of the house. A Dogme-esque improvised comedy.