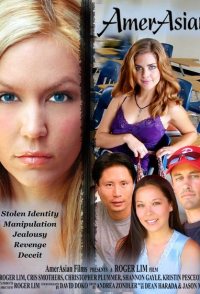 Eric, an American-born Asian college graduate, must steal a younger student's identity in order to take back the one last year of baseball eligibility that he lost when his dad passed away. Monica, his Coach's All-American co-ed daughter, must ascertain her own questionable identity in order to come to terms with the years of abuse that she suffered after her mother passed away. Through cultural, ethical, and generational challenges, Eric and Monica hide their true selves from one another as long as they can. But can he ground her increasingly self- destructive behavior back to reality in order to avoid even further traumatic consequences?