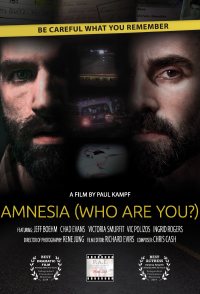 This film introduces David Kerry, a man who lost his memory after a beating, to the people and life he had prior to his amnesia. However, along the way he learns that the life he had might have been best kept hidden. The audience is pulled into his story and left wondering what would happen if shadows of their life were put on camera for all the world to see. This is a 'faux' documentary that follows a graduate student filmmaker as his thesis project proves to be far more than he ever imagined. He becomes a part of David's complicated world and pays the price for his ambition.