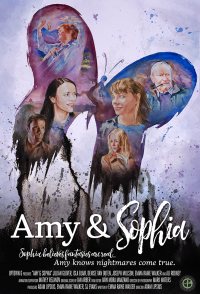 Indifferent is the story of two troubled girls, Sophia Gregson and Amy Collins, who come together as friends through their imagination of art. After Amy's rebellious past in America, her mother Diane, decides to emigrate back to her childhood home, in hope for a fresh start. An instant magnet for trouble, Amy immediately slips into her usual rebellious attitude and falls friendly with a local gang, although things aren't always what they seem; she soon finds herself betrayed and alone with her dark secret. In an attempt to maintain herself, she meets this unusual girl Sophia, who has the magical ability to escape into her own world from the watchful eye of her dominating grandmother, Vivien through her magnificent paintings. Her creative vision, allows herself to enter a mystical fantasy world, where she can be free from the harsh reality she finds herself within. Amy is instantly captivated by the innocence of Sophia and starts to see the world through her poetic eyes and realises, ...