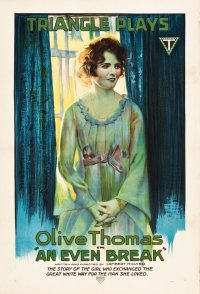 Claire Curtis, Jimmie Strong and Mary have spent their childhood together in the country. Upon reaching adulthood, Claire goes to New York and becomes a success on stage. Jimmie, who has always dreamed of becoming an inventor, goes to New York to sell the machine he invented, and there he renews his acquaintance with Claire. Soon their old friendship ripens into love. Meanwhile, back in the country, Ralph and David Harding, who are making Jimmie's machine, plan to steal the right to it. Back in New York, Mary appears and informs Claire that she loves Jimmie, and the actress resolves to give her a chance to win him. When it appears that the Hardings' scheme to steal Jimmie's machine will succeed, however, Mary's ardor turns cold. Claire and Jimmie then rush back to the country in time to avert the takeover and save his firm from bankruptcy.