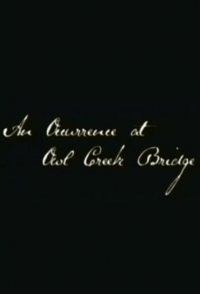 It is the War Between the States and Peyton Farquhar stands at the end of a plank a noose around his neck. He has been betrayed by a stranger, a scout for the Union Army, and now he faces death. He stands to lose a beautiful young wife, family and home. The soldiers make preparations for his death, it is routine for them. Peyton's mind races, he must escape. If only he can free his hands. The plank falls and incomprehensibly the rope breaks. He manages to swim away and evade the gunshots from the soldiers. He unbelievably finds himself on shore running towards home. After what seems like days of weary travel he arrives.