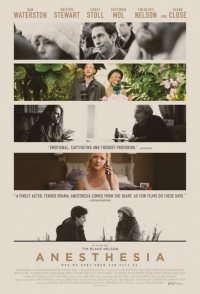 Philosophy professor Walter Zarrow is wounded during a mugging. In an effort to escape he rings buzzers indiscriminately, waking Sam, a middle aged father of two having an affair in the city. Sam reluctantly answers Zarrow's pleas, and Zarrow loses consciousness in his arms. Through an exploration of why these men, along with the mugger, and an addict named Joe, come together, we explore New York City. The experience of Zarrow, Sam, Joe and Zarrow's assailant ripple quickly out to include the connected lives of a housewife struggling with alcoholism, a stoner teen desperate to lose his virginity, a brilliant but failed writer fighting addiction, two parents confronting the prospect of terminal illness, and a brilliant grad student who wounds herself to feel alive.