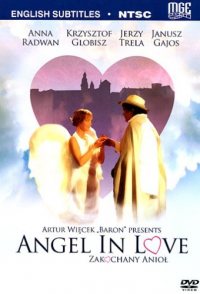 Giordano, an angel assigned to an orphan in Krakow, is two years into the job when his celestial overseers, citing budget cuts, initiate "Phase Two" without telling him. Some changes are good - they send him a nanny, the enterprising Irena; some are bad - his phone number to Heaven no longer works nor do his special powers; and some dismay him - he grows a penis. His closest friend tells him to get a woman, and Irena advises him on hygiene. He visits a therapist, Roma, and falls in love with her. She tells him its transference. Meanwhile, Giordano's celestial friends conspire to rid Roma of her boyfriend, clearing the way for Giordano to be his naïve and engaging self.