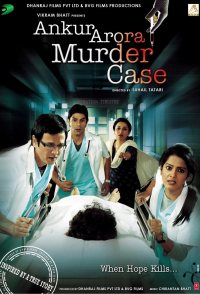 Romesh is an intern doctor working at Shekawat general hospital under Dr Asthana whose known as the god of surgeon.But all good doctors are not good human beings.Ankur Arora an 8 year old boy gets admitted to the hospital for appendix operation and dies due to negligence of Dr Astana,Dr Asthana warns all doctors in the operation theatre not to disclose the truth outside as he is so powerful that their careers will be finished.Romesh who was not present in the operation theatre finds about negligence of Dr Asthana and discloses it to Nandita Aurora mother of About.Thus starting a legal matter where Ankur Aurora versus Shekawat hospital.