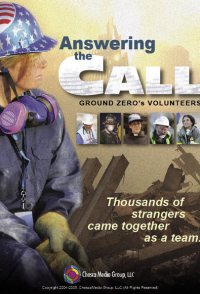 Answering the Call depicts the surreal sites and sounds of the now sacred ground that was once the World Trade Center complex - a site now known throughout the world as Ground Zero. Ground Zero's volunteers - volunteer firefighters, church and relief organization volunteers, private citizens - describe their experiences responding to the call for help, how self-made leaders that were born and the inspiring teamwork of thousands of strangers who became brothers and sisters. Instead of despair, the film encourages viewers to pay tribute to the victims and rescuers and volunteers of Ground Zero by engaging in volunteer service.