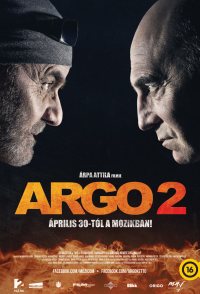 Hungarian small time crook, 70 year old Tibi Balog gets out of prison after 10 years, but he didn't change a bit. When a Japanese crime syndicate hires him to acquire a Hungarian invention - the world's first floppy disc - Tibi puts his band of retarded thugs back together and the action starts. As expected, Tibi completely screws up the job and becomes the target of Japanese Assassins, a very angry Gypsie family and the entire Slovakian Army. Gags and action and no political correctness at all. The Hungarian heat is on.