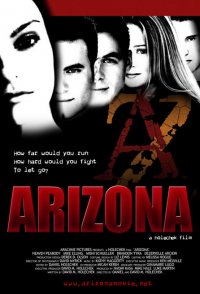 It is Friday night on the last weekend of the summer and Kayden Watts is fighting to hold on to her life. After years of growing up in a neglectful home, Kayden has learned to depend upon only two people. Her boyfriend, Bryan Teller, is leaving for Massachusetts and college in just two days. Her younger sister, Tamarah has secretly left home without any explanation. And Kayden, fresh out of an unsettling high school tenure, is still coming to grips with a secret of her own. She carries no thoughts of the future, only a desperate attempt to stay close to Bryan until his inevitable departure. However, when Bryan's expulsed older brother unexpectedly comes home with an agenda of his own, she finds herself alone sooner than she had planned. Alone in her sister's vacant room, Kayden vows to regain what is most important to her: Tamarah. Armed with just a few scattered clues left by her sister, Kayden sets off to find her. What she discovers, however, is Tamarah's second, darker life, and ...