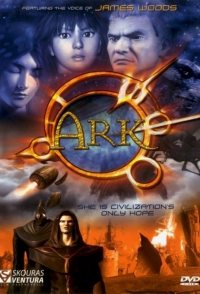 The population of the planet Alcyone is split in two; the cultures of the Ceveans and the Storrions are locked in eternal war, destroying their home. Led by their priestess Amiel, the Ceveans constructed the Ark in an attempt to flee their world, but the Ark was seized by the Storrions, enslaving some of the Ceveans and banishing the rest to the wastelands. The priestess Amiel vanished. Too late the Storrions realized that they needed the priestess to move the Ark and so they keep searching the wastelands for a sign of her... Building on the techniques of "Final Fantasy: The Spirits Within" and enriching them with a unique storyline, this South Korean animation draws you into the world of Alcyone to witness the struggle between Ceveans and Storrions and a world in ruins.