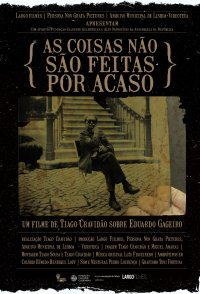 Eduardo Gageiro always carries a camera with him. He does it for over 50 years. This is his compromise with the world. The real world, the sensory world, made of people who love, work, await and live. Eduardo shoots the flesh, the looks, and the people: the matter of things. Distant from Gageiro's photos are the aesthetical programs and the theoretical constrictions. Nonetheless, beyond the sensuality and the visceral intuition that Gageiro has with the world, stands the long and lasting process of choice and organization of the photos. A process that lies close to the cinema editing and therefore it is so important to shoot. It is but the construction of a narrative that moves forward either from impact or from accumulation. It is a story that constantly manages the surprise, the emotion, the silence and the breath of whomever peruses his books or travels through his exhibitions. As an inescapable consequence come the prizes: over 300 in dozens of countries. This is the look that the...