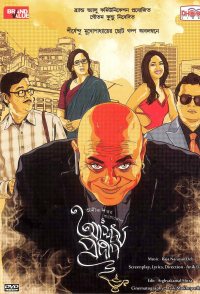 The story of a modern day Aladdin, set against the backdrop of contemporary consumer society. The film deals with the unfulfilled aspirations of an everyday couple whose dreams never become reality and as they try hard to excel in life. Anilabha discovers a magic lamp from which a genie emerges and is able to take him to unseen heights in life that he never reached before and also life of extreme luxury and fortunes. How they adjust and cope up with their new-found lives forms the rest of the story.