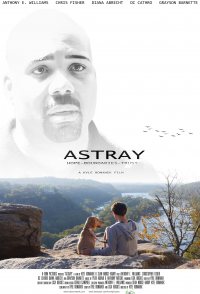 Tyler Bennett (Anthony E. Williams) is a seasoned social worker whose ethics and passion have brought him an enriching career in helping others; until now. Following a break-up with the love of his life (Diana Abrecht), Tyler is less sympathetic of his patients' stories and they are keeping him awake at night. In his now mundane life, he searches for its meaning. Unable to form meaningful relationships, Tyler's isolation has brought him to this impasse in his personal life. He tries to mend his former romance, but life derails as he begins to obsess over helping Blaine (Christopher Fisher) , a 15 year old boy who has run away from an abusive foster family. In his attempts to earn the boy's trust, Tyler crosses professional boundaries and opens up to him about his own neglect as a child; ultimately promising he will help reconnect the boy with his biological family. Suddenly, life as he knows it is in jeopardy and the law is against him. In a race against the clock, Tyler must heal ...